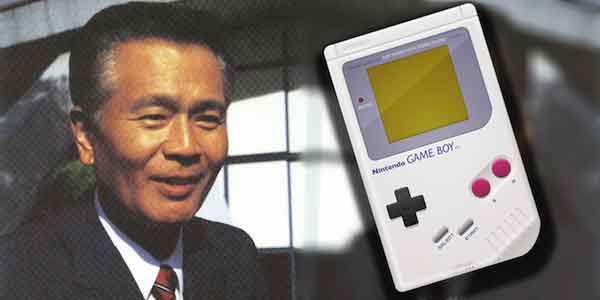 Born in Kyoto, Japan, in 1941, Gunpei Yokoi begun working at Nintendo in 1965 when the company was mainly manufacturing hanafuda cards. He had various jobs at the factory, including janitor, but filled his spare time by experimenting with machinery, even creating an extendable arm toy.

After catching the eye of Nintendo's president at the time, Hiroshi Yamauchi, his invention was perfected and sold as "The Ultra Hand", which ended up selling more than 1.2 million units. This was just the beginning of Yokoi's innovative contributions to Nintendo. Eventually, he, along with his team, created the Game Boy in 1989. It was an instant success upon launch and cemented Yokoi's position in Nintend history, in evidence by Game Boy's popular modern successors.

Unfortunately, Yokoi's life was cut short when he was hit by a car as he inspected his damaged vehicle after being in an accident. He died later in hospital.