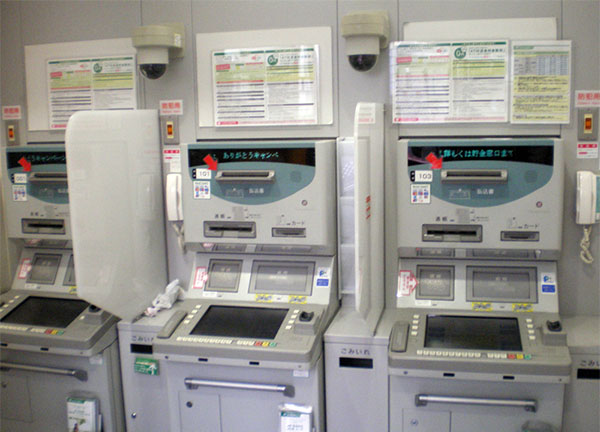 The Japanese take pride in their cleanliness - one might go as far as saying that it's a cultural obsession. So much so that the streets of Tokyo have been voted the cleanest in the world and they're even host to a local litter-busting superhero called Mangetsu Man.

In the 1990s, with the hygiene of bank notes coming to prominence, a subsidiary of Hitachi, called Hitachi-Omron Terminal Solutions, came up with an ingenious solution: an ATM machine that heats bills to 200 degrees Celsius (392F) to kill bacteria, before ironing and dispensing them.

Being a little known model from the 1990s, not a great deal of information is available online or from Hitachi, although it was mentioned in a Forbes post titled "The Problem With Dirty Money", dated 1/31/2014.