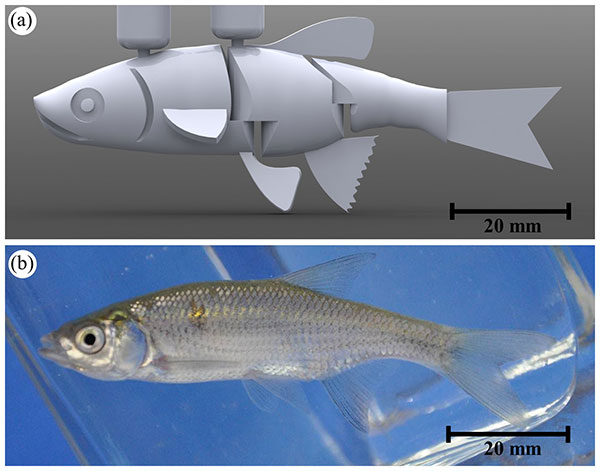 Robotics has increasingly taken inspiration from the animal kingdom, such as the Boston Dynamics array of dog-inspired robots.

In a study to better understand collective animal behavior, researchers at the Polytechnic Institute of New York University decided to test the water, so to speak, by designing a biometrically-accurate robotic fish.

As part of the study, they wanted to see what characteristics made a leader of a school of fish. They placed the robotic fish, along with a shoal of golden shiner fish, into a water tunnel and observed the behavior of the fish.

Initially, they kept the robotic fish still. Unsurprisingly, there was little interest from the live fish.

The researchers hope that the experiments open avenues for applying technological interactions with nature for real purposes, such as using the robotic fish to lead a shoal away from an environmental disaster.