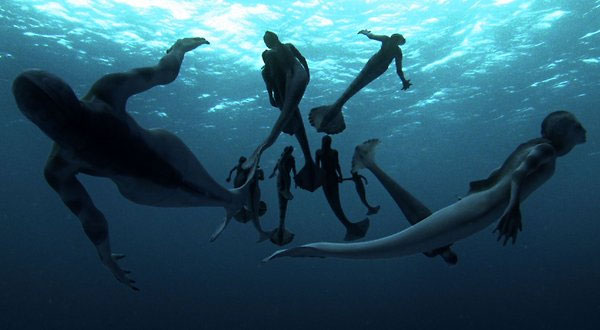 Mermaids are famous in legend and can be found in various folklore, just like unicorns and fire-breathing dragons, but a fake documentary that aired on Animal Planet in 2012 actually managed to convince many viewers that they are actually in existence today.

Titled "Mermaid: The Body Found", the fictional mockumentary detailed a government cover-up of a discovery by scientists from the National Oceanic and Atmospheric Administration that proved the existence of mermaids. The two-hour program featured CGI-produced videos of mermaids and actors posing as scientists.

It described the species as being an evolutionary branch-off of early Hominids who supposedly took to the water, based on a discounted hypothesis of the "aquatic ape".

So convinced were viewers that they inundated the real National Oceanic and Atmospheric Administration with phone calls demanding the truth regarding the existence of mermaids.

The program has been widely criticised for being aired on Animal Planet, a TV channel that usually follows factual nature programs. Despite this, a follow-up to the program was aired in 2013.