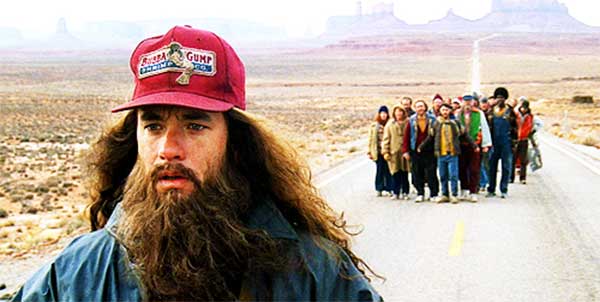 Upon release, the 1994 movie Forrest gump was hugely popular. It coined phrases such as "run Forrest" and "life's just like a box of chocolates," which are still uttered today.

The novel on which the film was based, "Forrest Gump" by Winston Groom, was published in 1986 and features some notable differences in storyline.

One such omission is where Forrest joins a NASA space programme and travels to space with a woman and a male orangutan. Subsequently, he crash lands in Papua New Guinea near a population of cannibals and, alongside his fellow astronauts, becomes their captive for four years.

He survives only because he beats the cannibals' leader at chess everyday.

After returning to freedom, the ape becomes Gump's life-long friend and a partner in his shrimp business.