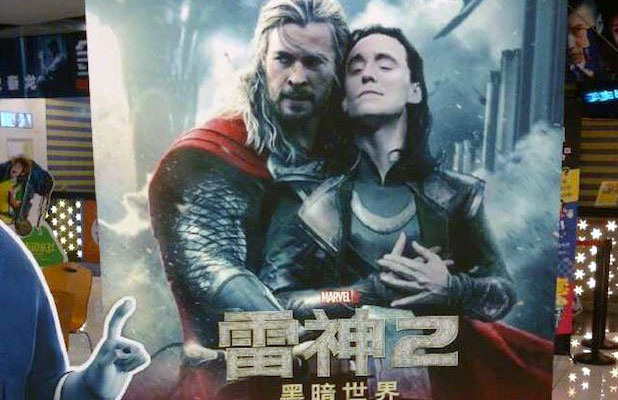 There have been quite a number of crazy mistranslations to come out of China, but this one takes the meaning of Asgard to a new level.

For the release of Thor 2 in China, a Shanghai theater reportedly used a fan-made homoerotic picture of Thor clutching his half-brother Loki (who's a different species) in a passionate embrace as the 'official' launch poster instead of the real one (pictured below).

The picture was quickly picked up on social media, notably the Chinese Weibo and Reddit.

One can only assume that the Chinese person responsible for the supply and design of the poster had poor English and translational skills and didn't know exactly what Thor was about. That, or for the lulz... but who knows? 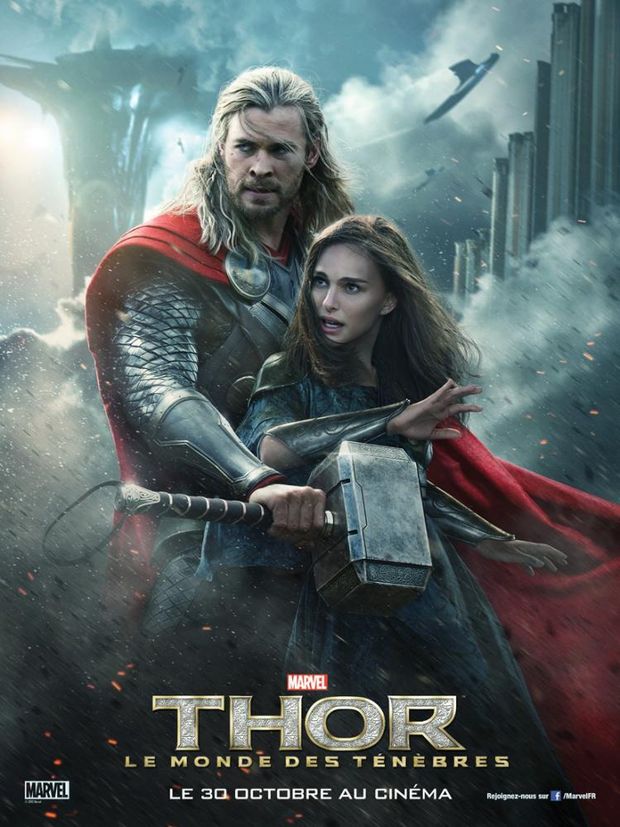