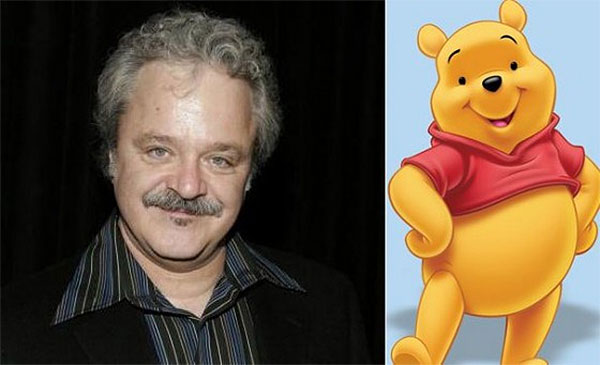 Jim Cummings is the voice behind Winnie the Pooh, a children's character who's known around the world as a friendly and insightful yellow bear with a famous warm voice.

Cummings, who also voices Tigger, puts his character's fame to good use by lending his voice to the Make-a-Wish Foundation and calling sick children who are in hospital.

"One child that I called was dying of cancer," is quoted as saying on the HowStuffWorks.com source. "Pooh called her, and she started to giggle. Her mother was in tears, just crying. She said that was the first time her daughter had smiled in six months."

He also recalled another instance where a young boy with autism asked him to do all the voices that he's done. Soon after, he found out from his mother during an emotional phone call that her son had not spoken much until that point, and he continued to speak for over an hour afterwards.