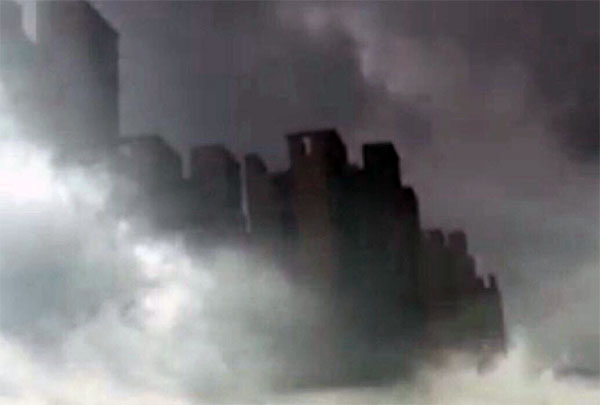 Creating a stir in the media and social media platforms recently has been reports of a 'floating city' that appeared above the Chinese city of Foshan, in the Guangdong provence.

Rising seemingly tall above the clouds, high-rise buildings towered in the sky for only a few minutes, leaving onlookers in awe as they stopped what they were doing just to gaze upon the bizarre phenomenon, before it disappeared as quickly as it appeared.

Subsequently, pictures and even video footage saturated social media with people trying to understand what it was. Conspiracy theorists had a feeding frenzy, with some blaming NASA, saying that it was a product of 'Project Blue Beam,' a crazy conspiracy theory that NASA is trying to create a new religion with the Antichrist as the idol. Other conspiracists blame CERN and the often-pointed-at HAARP.

However, the most rational and logical explanation is that the 'floating city' was actually a rare optical illusion called Fata Morgana that happens under special circumstances, when rays of light are distorted after they've passed through layers of air of different temperatures in a thermal inversion.