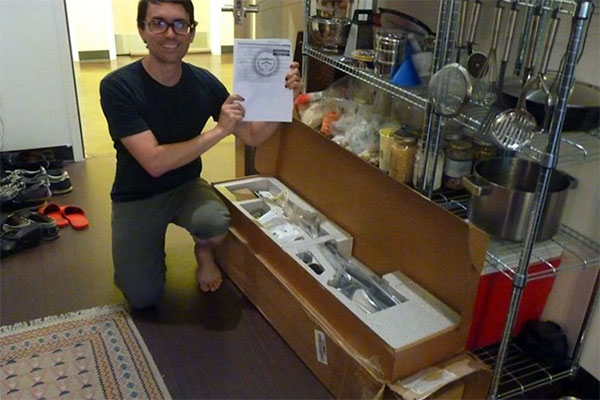 It's not uncommon for mishaps to occur when ordering goods for delivery. For example, the wrong type of product being dispatched or products being damaged during transit.

One third-party retailer, however, took online retail blunders to a new level after dispatching a customer, who ordered a TV, a semi-automatic rifle instead.

Seth Horvitz, who lives in Washington D.C., placed his order with a third-party retailer through Amazon. Days later, to his surprise, he received a parcel delivery at his apartment door that contained a military-grade Sig Sauer SIG716.

It appears that the mishap was down to seller error, as the invoice inside of the box suggested that the package was supposed to be for a Pennsylvania gun store.

A serious error indeed, but most likely down to accidental carelessness.

On its US website, Sig Sauer states that the SIG716 is "the rifle of choice when you require the power of a larger calibre carbine."