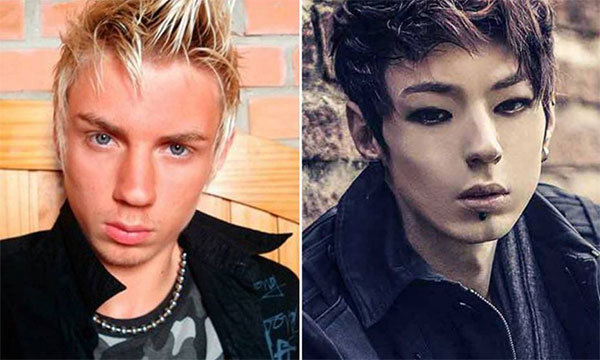 Xiahn, formerly known as Max, was so obsessed with the Korean culture, he underwent ten cosmetic operations to transform his Caucasian complexion to one that's more oriental.

Xiahn, who has a love for Korean pop music and dramas, told the Brazilian Newspaper Zero Hora: "I put my fingers inside the eye and pulled. That was the way I wanted to have my eyes." After that, his utmost desire was to have slanted eyes and dark hair.

He reportedly spent over $3,000 on 10 cosmetic operations to look like a natural-born Asian man. To supplement the look, he dyes his hair and wears dark eye contacts.

Responding to criticism, he said on his Facebook: "Regardless of religion that the person is, whether or not you believe in past lives, you have only this life, you have to be who you want to be."