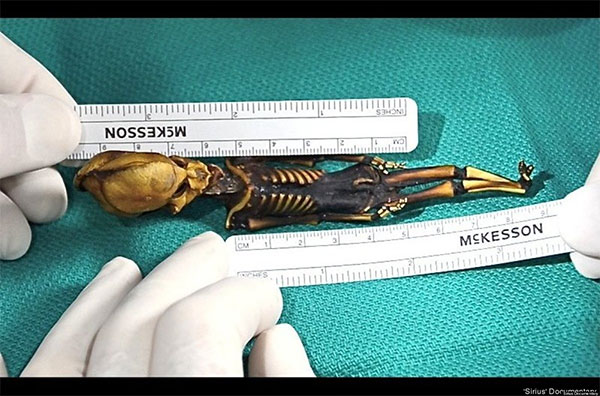 In 2013, the internet was awash with rumors and myths about the skeletal remains of a humanoid 'alien' that had been found in the Atacama desert. Ufologists, internet-based tin foil hat wielders, and conspiracy theorists had, it seems, been given a feeding frenzy.

The remains, dubbed 'Ata,' were found in 2003 in the Atacama desert in northern Chile, near a church in an abandoned town. It changed hands before ending up in the possession of Spanish businessman Ramón Navia-Osorio's.

Since becoming public knowledge, pictures of the remains took the internet by storm and rumor quickly spread that they were, in actual fact, the remains of a humanoid alien or a hybrid.

To the surprise of many, the remains were dated to be only a few decades old and contained high-quality DNA that was suitable for analysis. After tests were performed, more realistic explanations emerged, although there's no definite answer to the mystery.

Ata was found to be indeed human.

William Jungers, an anatomist and paleoanthropologist, suggested that it was a human fetus that was born prematurely, although this raises further questions about characteristics of Ata's skeletal development that point to him being a 6 - 8 year old child.

Garry Nolan, an immunologist, suggested that that could indeed be the case and that Ata suffered from a rare rapid aging disease called progeria, unfortunately dying in the womb or soon after birth.

Alternatively, he also suggested that Ata could have suffered from a severe form of dwarfism and actually lived.

So far, tests have turned up negative for genes known to be associated with dwarfism or progeria and further tests are required to unravel the mystery of the Atacama skeleton.