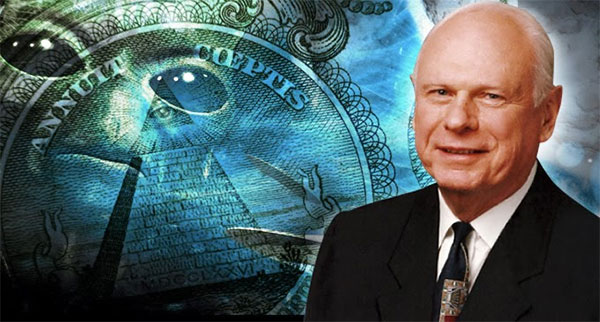 A former defense minister of Canada has given the Alien conspiracy theorists a feeding frenzy after he claimed that at least four alien species have been visiting Earth for thousands of years.

Paul Hellyer, Canada's defense minister during the cold war in the 1960s, became vehement of the existence of aliens soon after retiring, but an interview for Russia's RT really brought to attention his claims.

Hellyer was defense minister at a time when Canada used to take alien sightings seriously and investigate the claims.

Among other things, he claims that the aliens were concerned about our use and proliferation of nuclear bombs - which is understandable given the fact that these weapons are capable of widespread destruction and long-term radioactive pollution of the environment.

He claims that most of the alien species are "benign and benevolent," with the exception of a few, and that they have accepted that Earth is our planet.