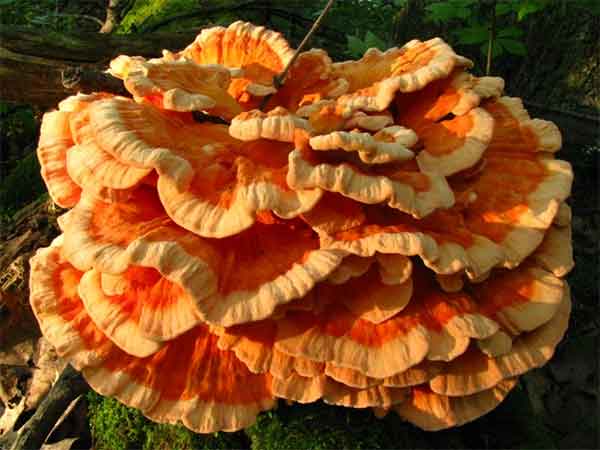 Laetiporus is a genus of edible, bracket fungi that is commonly known as chicken of the woods, chicken mushroom, or chicken fungus. Why? Because it reportedly tastes like chicken.

The mushroom can be found growing in wooded areas throughout the world, usually on living or dead oaks, but is also found on other trees such as yew, cherry wood, sweet chestnut, and willow.

It is perfectly fine to eat and can be prepared in many ways like chicken, which it is also a good substitute for. In parts of North America and Germany, it is considered a delicacy.

It's not to be confused with lyophyllum decastes, or the 'fried chicken mushroom,' which has a faint radish-like taste.