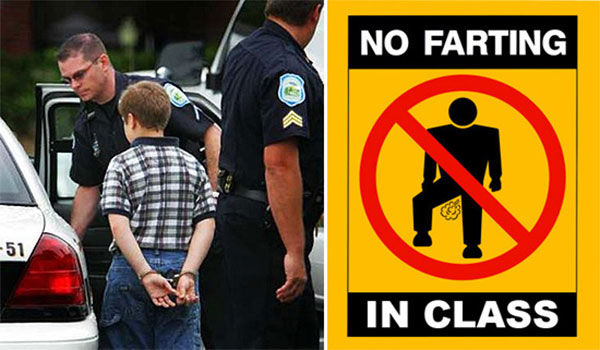 In 2008, it was reported that a 13-year-old schoolboy was arrested for farting excessively.

The student at the Florida school was reportedly "passing gas" and mischievously turning off the computers of his fellow classmates.

The Martin County Sheriff's Office released a report that claimed the boy "continually disrupted his classroom environment" by farting intentionally, which was followed by shutting down some computers that were in use by other students at the time.

After he confessed to his actions, the boy was placed under arrest by a school resource officer and charged with disruption of school function. He was later released to his mother.