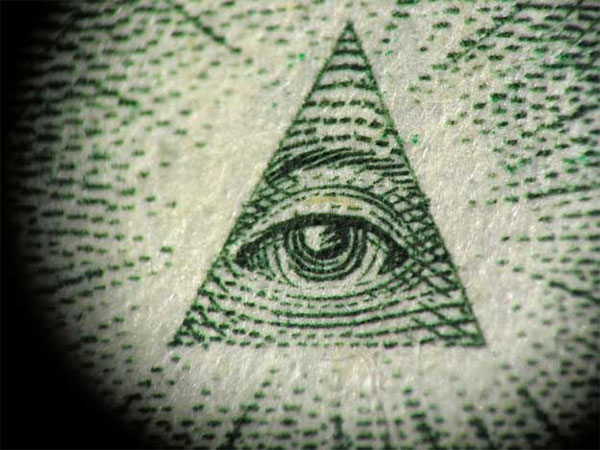 The golden ticket has been served on a gourmet plate to avid conspiracy theorists and believers of the New World Order after this shocking discovery, or has it?

The Illuminati is a popular term for internet conspiracy theorists that can often be found in discussions on world events where avid conspiracists attempt to cleverly connect the dots that the Illuminati (or 'New World Order') are apparently leaving as unwitting clues.

Basically, it's a secretive society (or group) of ultra-powerful, influential, and rich individuals from around the world who hold a secret agenda on forming a New World Order. Some say they're the real decision-makers in the world.

So, it comes as no surprise that eyebrows were raised when somebody discovered that a domain name, itanimulli.com (illuminati spelt backwards), actually lands you at NSA.gov, the website for the U.S. government's National Security Agency.

Is this the eureka moment, the golden goose that conspiracy theorists have been waiting for? Perhaps not.

Anybody can register a domain name on the internet - with which they can do whatever they want, including redirecting it to another website (i.e. NSA.gov).

The redirection of itanimulli.com to NSA.gov seems to have been in place since at least 2012 according to Archive.org, with records in the current period of activity going back to 2009.

Between 2003 and 2005, it appears that it was used as a website for a 'public society' that was conceptually similar to the Illuminati. The introduction read:

"The basis of Itanimulli is Freedom. People should be free to do what they want, and should not be prevented from doing what they want as long as they do no harm to others."