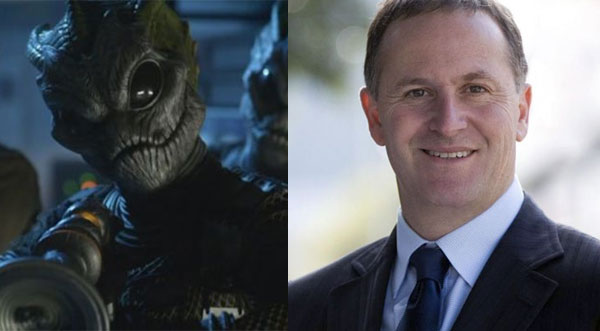 Unusual suspicions over New Zealand's Prime Minister, John Key, emerged in early 2014 when he was asked to give "any evidence to disprove the theory that [he] is in fact a David Icke style shapeshifting reptilian alien ushering humanity towards enslavement."

Key moved to reassure the concerned members of public:

"To the best of my knowledge, no. I've taken the unusual step of not only seeing a doctor but a vet, and both have confirmed I'm not a reptile … I've never been in a spaceship, never been in outer space, and my tongue's not overly long either."

It was a resident in Auckland, named Shane Warbrooke, who first posed the question. He was said to be happy, but unsurprised by the response, adding that he was unsatisfied that the government "waited the full 20 working days they are allowed before getting back to me".