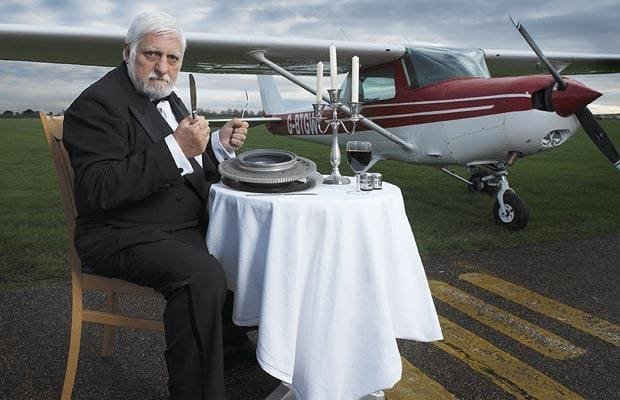 “We are what we eat,” that’s what Hippocrates once said, and his words are still relevant in our time. Dietitians all around the world are struggling with one question: what you can eat, and what you can’t; what is safe, and what is not. But this question never bothered Michel Lotito because he was able to eat anything.

It all started when Michel was 9 years old. Once, he broke and ate a glass in front of friends. The very process of eating it seemed funny to the boy, and soon he began eating glass bottles regularly. However, this was just the beginning. Eating only glass became boring, and Michel decided to add something new to his “menu.”

One day at the fair, Michel Lotito dismantled the bicycle and ate it in front of the amazed audience. Soon, Michel realized that his talent shouldn’t go unnoticed, and he decided to build a career as an artist, impressing the audience with his unusual appetite. He ate everything: bicycles, TV’s, beds, computers. And, of course, he didn’t forget his favorite dish: glass. But, these were just small things. One day, Michel decided that he could eat a whole plane. As a “dinner,” Lotito chose an old Cessna plane, and he was eating it for 2 years.

According to statistics, in the period from 1959 to 1997, the omnivorous Frenchman ate about 9 tons of different items, which were not only inedible for the average person but also dangerous for health. At the same time, Lotito claimed that he didn’t experience any discomfort when having meals. He divided metal objects into small pieces, oiled them, and washed them down with a lot of water. For his unusual food preferences, Michel Lotito was even included in the famous Guinness Book of Records, who awarded him a brass plaque, which he also consumed.

Naturally, Lotito couldn’t avoid doctors' close attention. They carefully examined his body and came to the conclusion that the organism of the metal devourer adapted to such an unusual diet. The walls of Michel’s stomach were twice as thick as that of an ordinary person.

A man, who could eat anything, died June 25, 2007, in his native Grenoble at the age of 57. The official cause of death was a heart attack. At the same time, Michel Lotito never complained about any discomfort in the body, associated with eating metal.

It's been 10 years since Lotito's death, but no one has been able to beat his records.