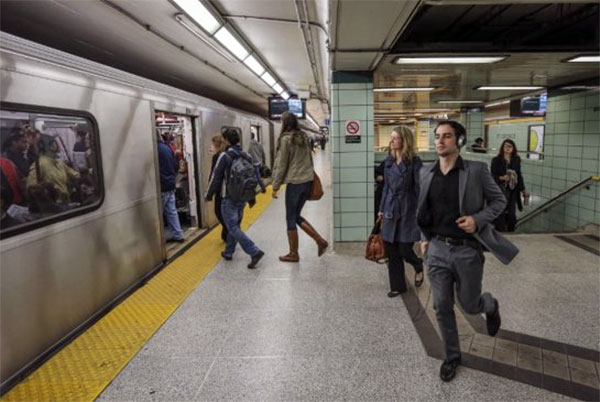 New York's subway stations are frequented by 4.3 million people every day and with so many people passing through, it's understandable that the air may not be so clear.

For a study, scientists at the University of Colorado took samples of air from the subway system in 2007 and 2008 and found that 15% of it consisted of human skin.

Most of it was from the head or feet of passengers, but 12% of the skin came from belly buttons, ear canals, armpits, and even rear ends.

Fortunately, they found no organisms that are cause for alarm.