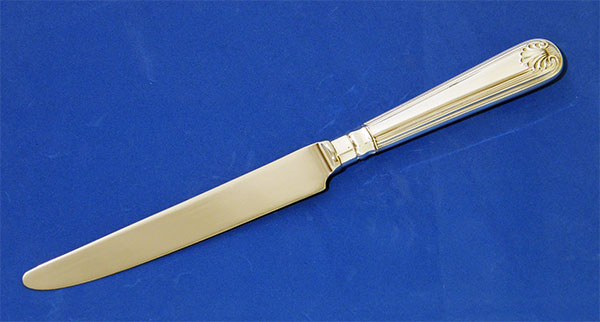 According to various sources, in the 1630s, the rounded table knives that are commonly found on dinner tables around the world were created by Cardinal Richelieu (Armand Jean du Plessis).

It's reported that Richelieu became irritated by men's habits with knives whilst at the dining table, which included stabbing their daggers into their food, and even the table. Afterwards, there were those who even used the sharp daggers to pick the leftovers from their teeth.

Richelieu sought to end this behavior and had his kitchen staff file off the sharp points of the house knives. The idea became a trend in upperclass households in France.

Later, in 1669, King Louis XIV banned all pointed knives - at the table or as weapons - in a bid to stem the violence of the time. Consequently, the rounded knife substantially grew in popularity.