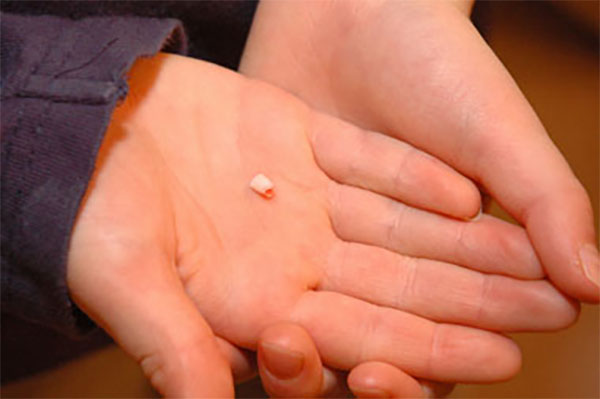 We have all heard of people with overlapping teeth which is fairly common. But one boy from Lenoir has a very different story about teeth.

Thirteen year old, Doug Pritchard had been suffering severe pain in his left foot for several weeks. When the pain became too much he told his father who took him to see a doctor. The doctor discovered that a tooth had grown in his foot. The doctor explained this was because of a gene reproducing in the wrong spot. He also said similar cases of teeth growing in parts of the body other than the mouth have been reported, but are very rare. The tooth was removed from Doug's foot.

Doug was quoted as saying “My father said no wonder he can't keep shoes on me because my feet kept eating them up”.

There have been cases where teeth have been found growing in places such as the nose, ear, chest and even the eye. 23 year old Nagabhushanam Siva from India was born with an abnormal left eye. It continued to grow as the years went by which pushed her eyeball inside its socket. Her family were too scared to seek medical help, but when the discomfort got too much, Siva visited a doctor who diagnosed it as a teratoma in the eye. After closer examination, it was discovered that Siva the tumor contained two teeth. Siva had surgery to remove the tumor but unfortunately she lost the sight in her left eye.