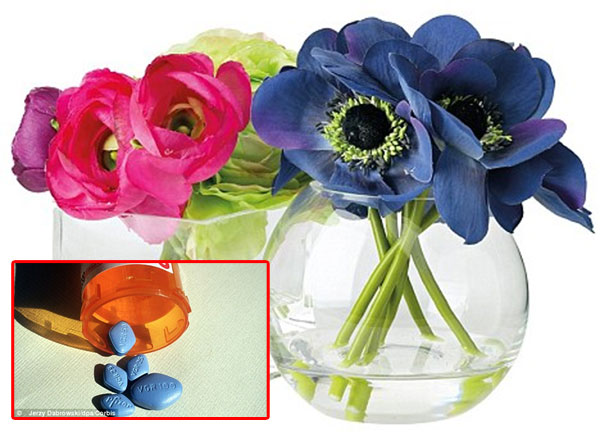 Most of us know that the intended effects of viagra are to help impotent men perform better (and firmer, so to speak.)

A team of Israeli and Australian scientists decided to test the effects that viagra would have on cut flowers. To do this, they dissolved 1mg of sildenafil into a vase filled with water and tested various cut flowers.

Surprisingly, it made them stand up straight for "up to a week beyond their natural lifespan."

It also showed that the drug slows down ripening on the tested perishables, which included strawberries, legumes, roses, carnations, broccoli, and various others.

They concluded that the drug increases the life of flowers by slowing-down the degradation of cGMP by cGMP-specific phosphodiesterase type 5. This is similar to nitric oxide, which has similar effects on the ripening process, but viagra was found to be easier for the cut flowers.